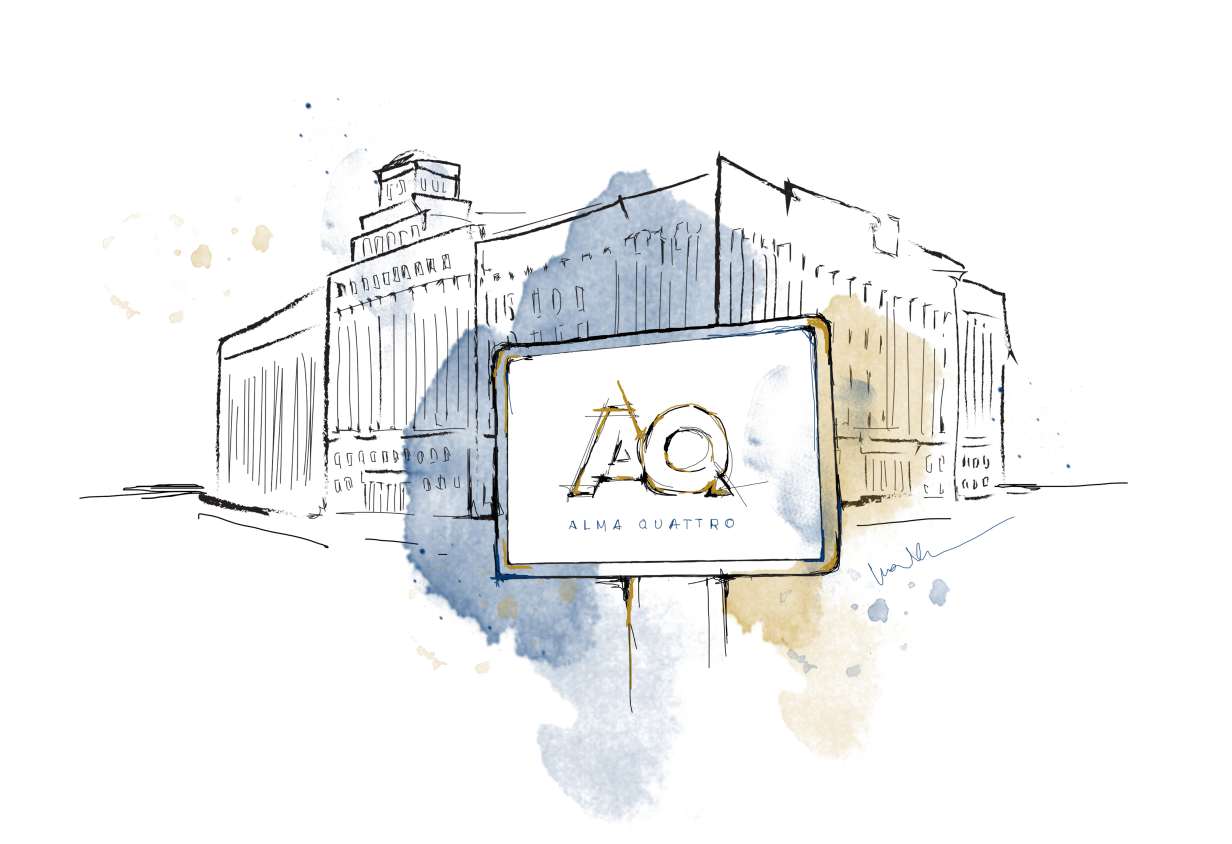 Copyright: The illustration is inspired by a story of the foundation of Alma Quattro, which has colored the grayness of everyday life with blue and gold. Illustrated by Iva Kujundžić.


THE BLUE&GOLD ROOTS OF DOMESTIC OOH

This is a story about Alma Quattro, the first out-of-home advertising company in Serbia founded in 1994, with an ambitious idea to be the light of the capital.

The first backlit billboard in Serbia “sprouted” in front of the Main Post Office building in 1994 “directed by” Alma Quattro. At that time, the idea of an out-of-home advertising provider in the country experiencing electricity supply restrictions, embargo and hyperinflation seemed, to say the least, unrealistic.

However, today, almost a quarter century later, we celebrate those who were brave enough to envision, initiate, and persist in the realisation of the vision of illuminated advertisements. 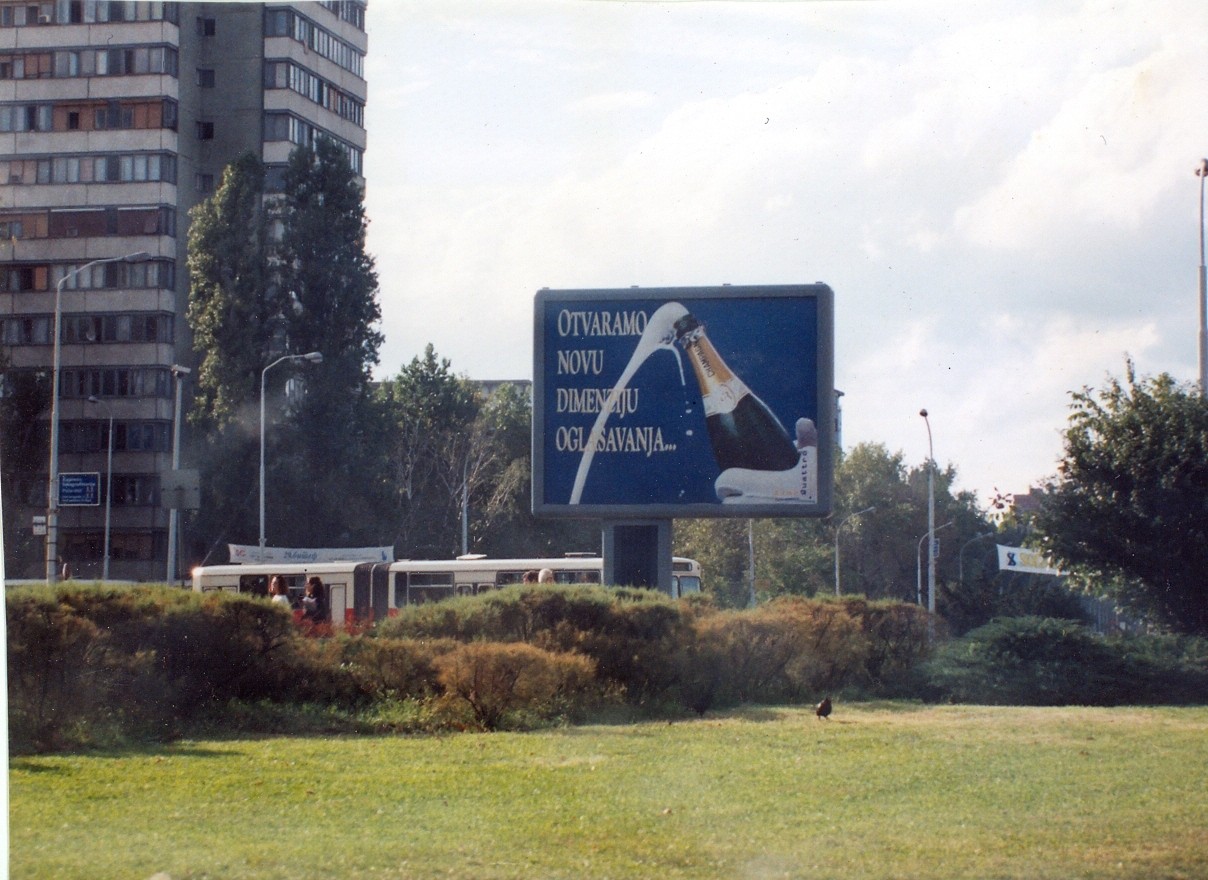 With blue, gold and with champagne, the “new dimension of advertising” was opened and the cornerstone for OOH in Serbia was laid.

Fun fact: At that time it was impossible to print formats of this size and, therefore, this PVC poster “flew” from Italy and, by mistake, it was 20 cm shorter than the frame for which it was printed. But there was nothing to worry about: owing to the Serbian resourcefulness, it was fixed with wires.

One journalist once wrote that billboards were the mirrors of our reality.

Some of them are distorted; some are a bit blurred, and some are cracked.

The framed image they project represents not only the author, but also the society to which the message is communicated. During almost 25 years our framed “mirrors” have reflected various messages: appeals for help, declarations of love, advertisements promising an ideal body, happier home, more beautiful cars, etc.

The contents of advertisements were the reflections of tectonic movements in this society and this country. With the opening of the country’s borders in 1998, foreign clients splashed cold water and activated the market that had been dormant until then. Streets became the playground for tournaments played by coffee and beer producers, mobile service providers, and banks. Players changed successively as indicators of changes in the country undergoing transition. Every economic and social change had its own reflection and became an expression or a sentence in the history of advertising. 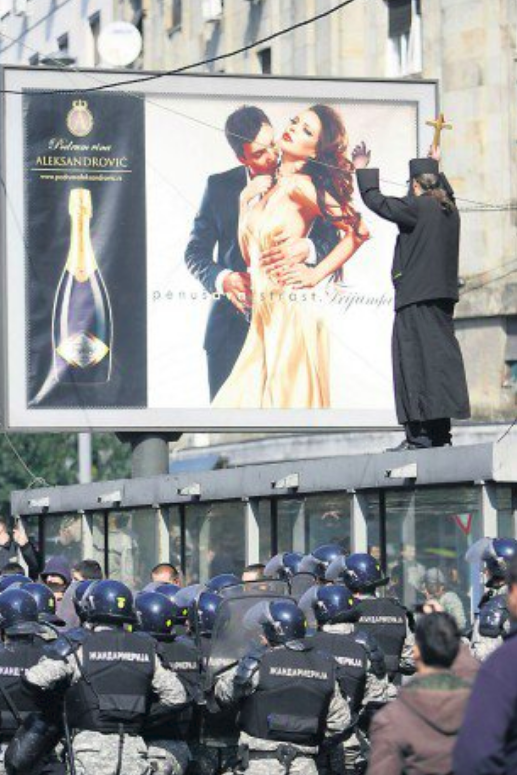 BACK TO THE BEGINNING AND DIGITAL FUTURE

Heading towards the 27th day of October 2019 and the 25th anniversary of the company, we have replaced the first backlight in front of the Main Post Office building with a new state-of-the-art LED screen and announced a new digitalised chapter in the history of OOH advertising. 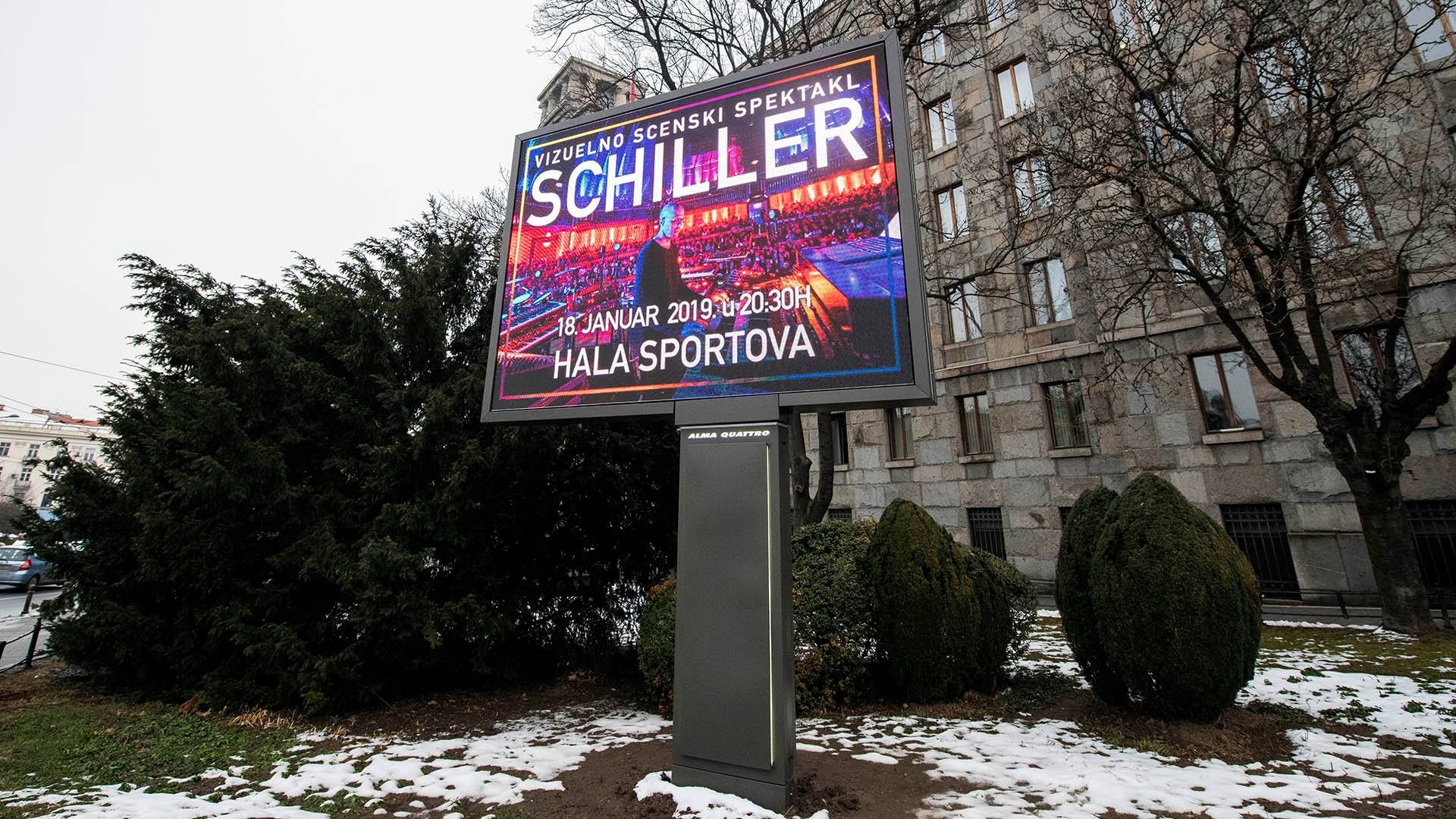 We celebrate the people who get work done and the brave vision that has come true despite all “crosswinds”.