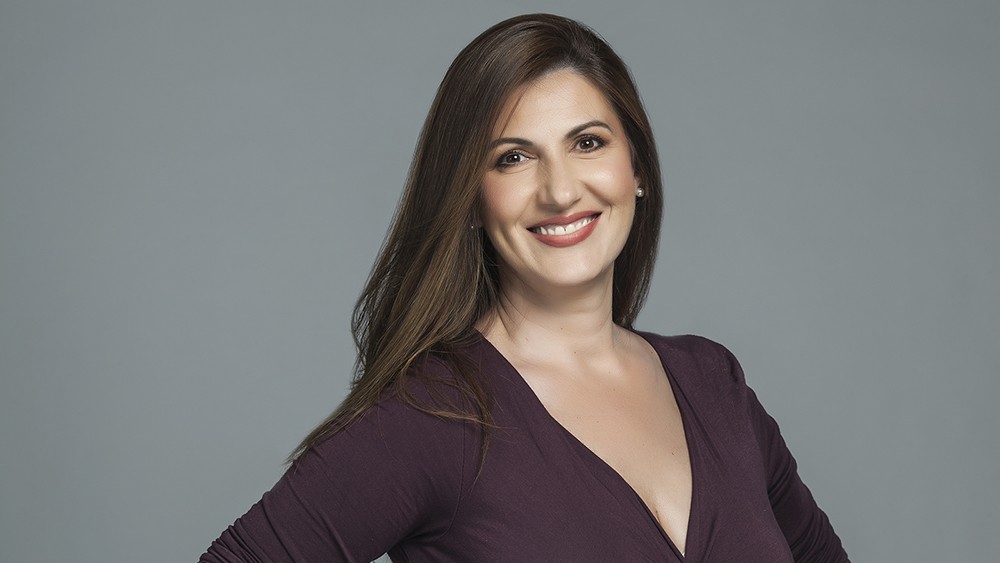 
BEING A WOMAN AMONG MEN

In a spectacular manner, as it befits the size and power of the company we have been building for a quarter of a century, we have circled the twenty five years of our existence and operations.


And, that is also a half of my life.

Like on any turning point, I cannot but ask myself whether I could do more and better and whether I was able to. I belong to a group of people who believe that the best is yet to come. Both in personal and in corporate life. People make decisions in accordance with their current feeling and knowledge, and any subsequent analysis is a kind of subsequent wisdom. I believe that in the turbulent and uncertain milieu that our country and our advertising market were part of, with limited resources and capacities, we have created a little miracle.

That is how we felt: we felt miraculously and magically on the celebration we organised in our honour and in the honour of all the people who have been our support on that path and the participants in our growth and development.

One of the stories is the one how we merged with today's number 1 in OOH industry at the global level.

The chaos theory says that when a butterfly flaps its wings in one part of the world, a hurricane occurs in the other part. Maybe this analogy is not the best, but the tragedy of 11th September caused tectonic disturbances in the lives of many people and on business worldwide.

Our search for a strategic partner was a long one. It is like when you are imagining your partner for a life together; well, that is how we were wishing for a partner who knows his job well and has a good reputation. It was the time when the Greek OOH market was fading and our Greek partner was ready to leave the markets of the then Yugoslavia.

The negotiations with Clear Channelom were in the final stage. Due diligence, auditing, contracts, agreements, clarifications about why some things functioned in a certain way, which was utterly incomprehensible to them, and explanations how we managed to survive in such an uncertain economy. Law and auditing firms, in which I had spent a good share of my life back then and numerous questions they had asked. Travelling to London, Zurich, Geneva, along with endless waiting hours that separated me from my family, which was the most difficult part for me.

While we were working on the contract details and preparing to sign it, we received a short email: due to unexpected events on 11th September, we suspend and discontinue all domestic and foreign investments. THE DEAL IS OFF.

A shock and disbelief, months of working and deprivation, without a break, my child forgot how I looked like, my marriage was in a crisis. Months of work and efforts were going down the drain.

It took me almost a year to recover. Both physically and mentally, to regain strength and re-start from the beginning.

As everything in life happens for a reason, that episode also ended with the best possible outcome for all of us. When one door closes, the new one opens, a bigger and more beautiful door.

All over again, but this time with more experience and readiness.

The date of signing the contract in Vienna: I went there with an intention to stay two days, but I stayed seven days. I needed and had to buy some extra clothes.

The evening before signing at 11 p.m., the notary was ready, but the papers were still being checked. At 11.15 p.m. the notary remarked that unless we signed the documents, he would leave and come back in the morning, and that we would have to change and write the new date on all the documents. We arranged everything with unimaginable speed and prepared all the papers to be signed and finished it all before midnight.

That was the end of that day and the beginning of the new life for Alma Quattro.

There were 20 people in the office working on the agreement, whereof only three of us were from Belgrade. After the midnight, we opened a bottle champagne and celebrated the new beginning.

There were 20 people there and I was the only woman.

From that moment until today, a lot of time has passed and in the meantime my family has expanded, I have given birth to two more children. I have continued to build and work. Things never become simpler, but they rather become more complicated, but the knowledge and experience are upgraded when there are more challenges on the way. And the more you accomplish, the stronger you become to overcome those challenges. The circle of life.

How did I get here?

Back in 1994, Dejan Petrović - Son invited me to work for him. Kosanče Dimitrijević - Sanče had already been involved in the business. At the same time I also had another job offer, but I accepted Dejan’s offer, because I liked his energy and his talent to tell a good story that lifts you up, but that can also blast and blow you up, as it has often been the case in our long acquaintance. At that time his idea and vision were only a part of everything that has been accomplished so far. As we have been evolving, that idea has been changing and advancing. Until the present day, the three of us have remained as a trio of different age, incompatible characters, habits, visions, and outlooks on life.

I believe that this is the source of beauty of this life of ours - in accepting differences and changes we face.

During my career and due to circumstances, I have worked more with male colleagues, because of the very nature of the business that is perceived as “men’s job”, and in my private life I am also surrounded by men, in my immediate and wider family. I have never felt that I am less respected and appreciated because of the fact that I am a woman. I wish to believe that this is about my personal sense of value, which is emitted to the people around me.

I think that women mistakenly assume that their opinion, job, and position will be underestimated because they are women. It is true that men appreciate us more that we can presume. We, as women, just need to believe in that.

The work in a large system, such as JCDecaux from France, their fifty year long experience and 100- year experience of APG SGA from Switzerland, have brought about many habits and upgrading in our business. Innovativeness, precision, and insisting on professionalism have brought us high on the ladder of quality and, even though we are a small Serbian firm in comparison to giants such as many European and world companies from this group, they always single us out as an example of good business in the conditions and circumstances of narrow economic capacities of a small country and a small market. We are particularly proud of that.

And again the question: How did I get here?

Because it is important to be a Woman with capital W among the PEOPLE WHO GET WORK DONE.