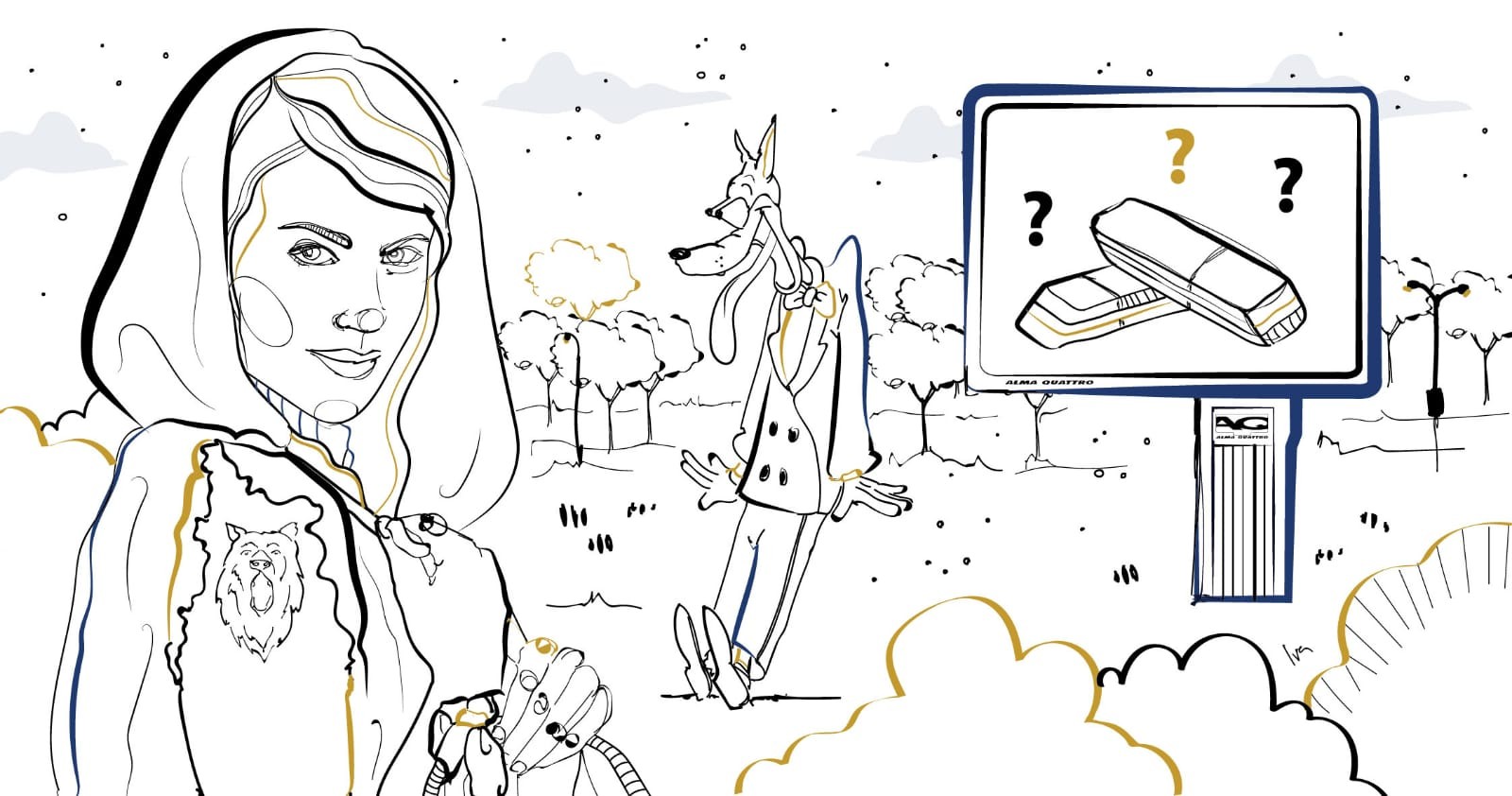 
ENOUGH TO MAKE YOU BLUSH

Like in waves, in certain periods there are debates about the quality and contents of advertisements that “decorate” billboards. Even the question of ethics is often raised and conclusions are made that “ things used to be better in the past” and that “only modern experts could have such ideas.” Is it really like that? In AQ’s archives we found some material evidence of advertisements that were controversial in the last two decades. And you can make your own conclusion.

A long before #digital, there were no defined benchmarks of media effectiveness, and the effectiveness of billboards had to be proved. However, people managed somehow.

At the beginning of the new millennium, in 2000, a girl named Ana Denić was a guinea pig to demonstrate the power of outdoor advertising. Specifically, for the period of four weeks Belgrade was covered with posters with a picture of a girl and the question: “Who is Ana Denić?” The blurred image of the girl fired the imagination of our fellow citizens and they “labelled” the girl as a victim of violence, a daughter of some politician, an athlete, etc. The answer, which was utterly disappointing (to all fatalists) was: “A billboard can make you famous”, i.e. it was the self-advertising of the billboard as the verification of its power to be noticed and its power to tickle your imagination.

In one article published in “Blic” in June 2005, the advertisement solutions were analysed and divided into 4 groups:

Now you will see some advertisements that made the biggest waves (with reactions in the printed media), and then you can guess which category they belong to.

Fun fact: During the research, the city was filled with the presidential campaign ads; however, only one of 150 anonymous respondents mentioned to have noticed the same ads. This was an interesting perception, the overture to the period of smaller investments in OOH for political campaigns, and bigger investments in OOH by the commercial sector.

In 2002 the press was shocked and appalled. In order to draw attention, Kumho Tyre made a chauvinistic advertisement for its car tyres. Undeniably effective and impressive, but inappropriate.

The slogan of Europlakat company was also mentioned: “It’s important to be noticed” with a comment that it was obviously the philosophy of the medium itself – the end justifies the means. The campaign that followed only reinforced that assumption.

On 10th November 2003, there was a scandal in daily newspapers. On about 30 locations there was an ad with a young man’s naked torso with a slogan “Efficient at low temperatures as well” with Modriča motor oil brand name. Journalists and reporters asked what or who exactly was efficient: the young man or oil? But, they also asked a relevant question (like always): “Who DID approve that advertisement?” The agency replied that they did not know and that the advertisement had been forwarded as an adaptation from the foreign market.

Fun fact: In the same year ESSO motor oils had a campaign with advertisements with a STOP sign. The traffic police reacted immediately and requested that the poster should be changed, because it was endangering the traffic – drivers were automatically slowing down and stopping in front of posters.

On 9th October 2006 we all blushed. Durex launched an advertisement in its style: “Beware of the forest and the wolf without a rubber”. The polemics about the compatibility of the message and the target group ended with battle cries among parents. Experts were commenting the purpose: if the purpose was a sheer provocation, the campaign was the straight shot. However, if the purpose was effectiveness, there were concerns that the ad could draw children’s attention, but, on the other hand, it could cause the opposite effect with adolescents, because of their aversion to being treated as children.

In July 2012 Argeta struck trough the “outsider” from the combination of three ingredients in the maximum delight, but the moment was wrong. Man – football – woman, and 30% less salt and fat … However, this campaign coincided with the campaign for higher share of women politicians in the parliament called Actual 30%.

Before we realised what could go wrong if we allowed private messages on OOH media, those with deep pockets and tendencies to be noticed had tried to show their loved ones (and to the world as well) how much they loved them. Đorđe Balašević was one of them when he wished a happy birthday to his wife Olivera on a poster.

When one boy used a poster on a billboard to ask his girlfriend Kaća to be his wife, the reactions of average citizens of Valjevo were divided.

Some were disapproving, while others were saying: “God job, well done!”

Several years ago we adopted the policy not to allow personal ads i.e. non-commercial advertisements, on billboards, because there were many things that could go wrong in such situations. However, people still call us on a daily basis with various enquiries. A while ago one man called and he wanted to wish a happy birthday to his beloved. To explain that there would be no problems, he said that there would only be a heart on the poster, as she was married anyway, but that she would know, because it was their universal symbol.

The innovation in the use of billboards was introduced by Romana in 2006, when she advertised her song “Drop by drop” on the billboard campaign before her performance at Beovision with the support of her sponsor. The singer used the campaign to ensure the good placement of her song, but, alas, Flamingos were the contest winners.

3. AQ AS A SUPPORTER OF CULTURE AND SPORTS

In 2009 the 50th jubilee October Salon was announced with a bold campaign on OOH medium and buses. The theme of the year was Circumstance.

In 2009 the billboard was a bridge between the nations. Oklahoma City congratulated Serbia on the silver medal at Eurobasket by renting a billboard on the building of “Staklenac” shopping centre, with Nenad Krstić, their (and our) player, who appeared on the poster.

Isidora Sekulić on a billboard.

In the same year we had an awareness campaign “Person and link” (our colleague Aca Ilić participated in the conceptual design creation) with the focus on true values and with the aim to offer an alternative in the sea of consumeristic contents, i.e. to remind us of the people who had been unjustifiably neglected, but who represented part of national and international cultural and historical heritage. Next to an image there was just the word “likilink.org” on every poster. The campaign was made in cooperation with Wikipedia Serbia and Alma Quattro, which offered its network for this project.

Finally, we ran the full circle and came to the question: “Who is Paul Ioanowitch?” . With over 10 billboards, one of them in Takovska Street in Belgrade, the Committee for marking the 150th anniversary of the birth or Paja Jovanović and Unibrend company made a teaser, which was commented as a “fine advertising provocation”.

Namely, Paul Ioanowitch was the pseudonym that our painter used abroad. The aim of the campaign was to get the public interested in Paja Jovanović’s works that had made him famous outside this country. This time again Alma Quattro was a supporter of art.

When you collect all the impressions, what do you think? Has anything really changed?