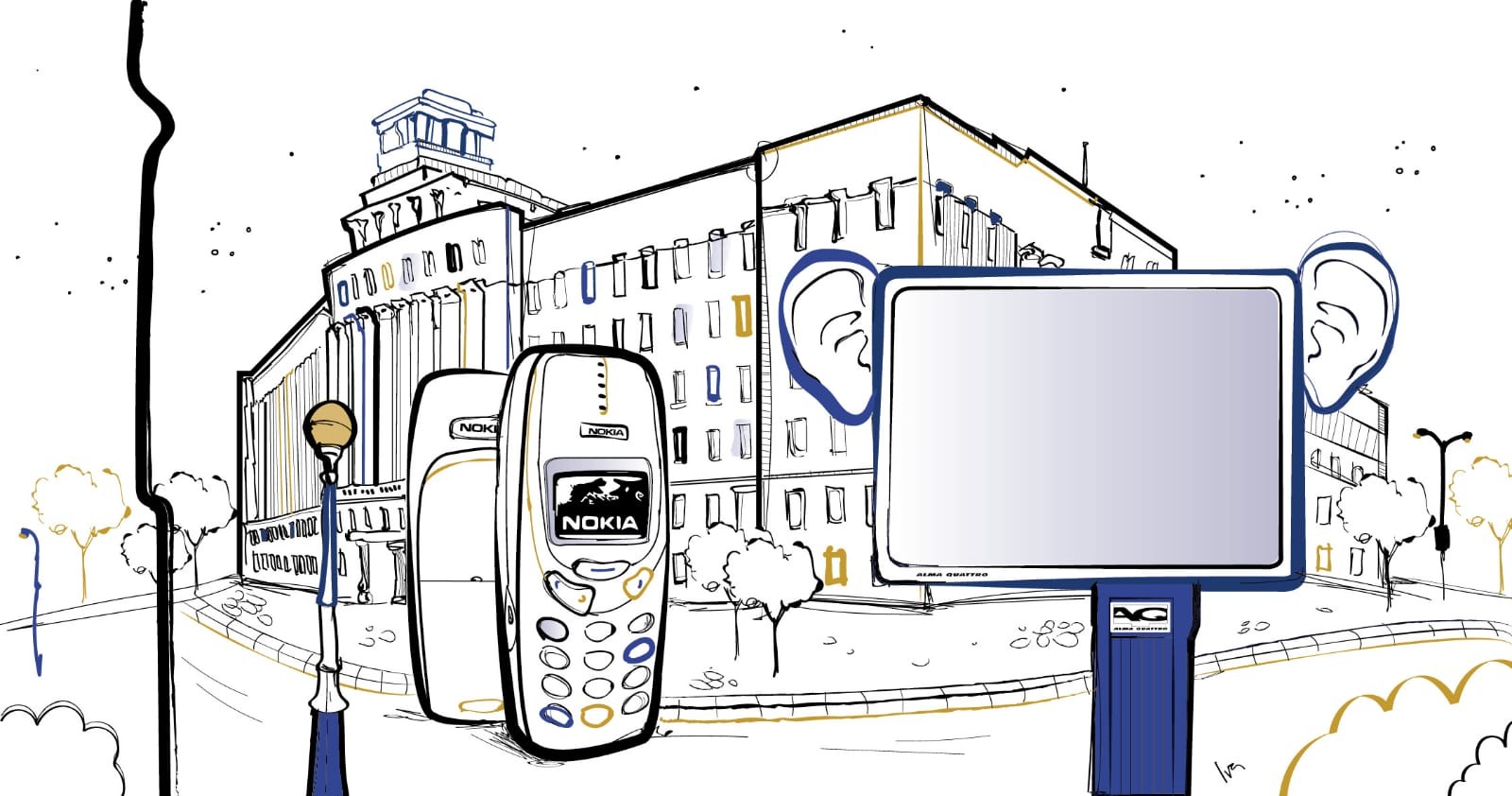 The first innovative solutions were billboard extensions that “stuck out” of the expected framework of this medium, both literally and metaphorically. One of the first clients who decided to use such innovation was one mobile service provider…

One of the earliest innovative teaser campaigns, a jug-eared billboard, confused our fellow citizens in 2003 when it appeared on the “prime locations” in the city.

It has ears, but it does not have the mouth to say what it is all about.

The revealer ad revealed that it was a brand new possibility created by the introduction of GPRS network in the territory of the Republic of Serbia – multimedia communications via MMS messages. You could not only send text, but pictures and music as well.

Imagine that you can send something else apart from SMS messages and that you can do it from your telephone. Wow.

Do you remember that you could purchase a number (a SIM card) only in a post office, at a special counter, and that you needed your ID card?

At that time Mobilna telefonija Srbije 064 had over 2 million users and that was the reason for celebration and one beautiful campaign.

This does not mean that they did not get under your skin.

Instead of a range of packages that are now offered by each of the three biggest mobile phone operators, at that time you could only choose between prepaid and postpaid packages. And then, in 2004, the following happened …

A campaign for 3 prepaid tariffs, Tipi, Toki and Neti (referring to typing, talking, and using the internet) were made so that users could choose what they needed at more favourable prices.

Just like we had competition among coffee producers, we could say that we also had the period of competition among mobile phone operators. At the beginning of 2008, VIP appeared as a challenger on the market divided between MTS and Telenor.

Until that moment, MTS and Telenor were competing with their packages and offers, offering a better package or more Internet time, more messages and minutes, but VIP was the game changer.

Telenor and MTS invested approximately 1 million EUR per year. In 2008 VIP launched its campaign and spent the same amount just in the period from August to December and thus set the new benchmark. The campaign was so powerful and omnipresent that the people in marketing were under the impression that the only place without VIP’s advertisement was a park bench.

The stake in the game suddenly became higher and other players had to follow.